Woods, Water & Wildlife Festival was a day of fun and learning

Close to 700 people joined in a multitude of activities celebrating our great outdoors as part of the 15th annual Woods, Water & Wildlife Festival in Milton Mills.  Presented by Moose Mountains Regional Greenways (MMRG) and Branch Hill Farm (BHF), this annual festival provides a day of fun, exploration and learning about nature for families, a crucial step in making sure the next generation appreciates and strives to conserve our region’s natural resources.

An informal poll of kids found that an overwhelming majority picked Nature’s Playground as kids could find a myriad of ways to play: swing on a rope, jump between log stumps, climb on a treehouse, walk along a fallen log, or pass through a giant twine spider web. Fishing in the Branch Hill Farm pond was another popular activity, with several children eager to report what fish they had caught. Instruction and poles were provided by NH Fish & Game volunteers.

Festival attendee Dorothy Smith also responded to the question about favorite events, “As an adult observing, I thought the best event was kids cutting the log because they were the most involved in that activity, and it’s something real that happens in the forest.” The log cutting event is called Tree Cookies; kids cut thin slices of a pine log, resembling cookies, using a two-person crosscut saw. Lots of kids were eager to try their hand at the saw under the watchful eye and help from a MMRG volunteer. The craft tent where they painted their ‘cookies’ was busy from the beginning to end of the day. Said volunteer coordinator Cheryl Giguere, “Kids did not want to leave this event!”

Building bee houses was another Festival craft activity with a purpose. Kids inserted straws, made of the hollow stems of Japanese knotweed, into soft clay at the bottom of a pot to create a place for our important native pollinators to nest. A similar project building bird houses was popular in previous years. The Moscaritolo kids from Massachusetts had made a bird house at the festival a few years back and now have tree swallows nesting in it every year. Said Paul Moscaritolo, “Now we’ll place the kids’ new bee houses next to some flowers and watch for bees using them.”

The lively fiddle and guitar tunes played by the York River Ramblers got several folks up and dancing, including Nancy Cole, who swayed around with her young grandson Silas in her arms.  At a music break, she enthused about the terrific apple grafting information she had learned at All About Apples by Jug Hill Cider Orchard, one of several new festival offerings. A new permaculture installation of winding paths among raised beds planted with heirloom vegetables was also well received. Here Comes the Sun brought solar energy to the festival for the first time and allowed people to charge their electronic devices with solar power. Alternative energy has long been a part of the WWW Festival, however, in the form of the Smoothie Bike. On this contraption, kids use leg power to blend frozen blueberries and other ingredients into a thick fruity drink, a ‘huge hit’ this year, according to Giguere. 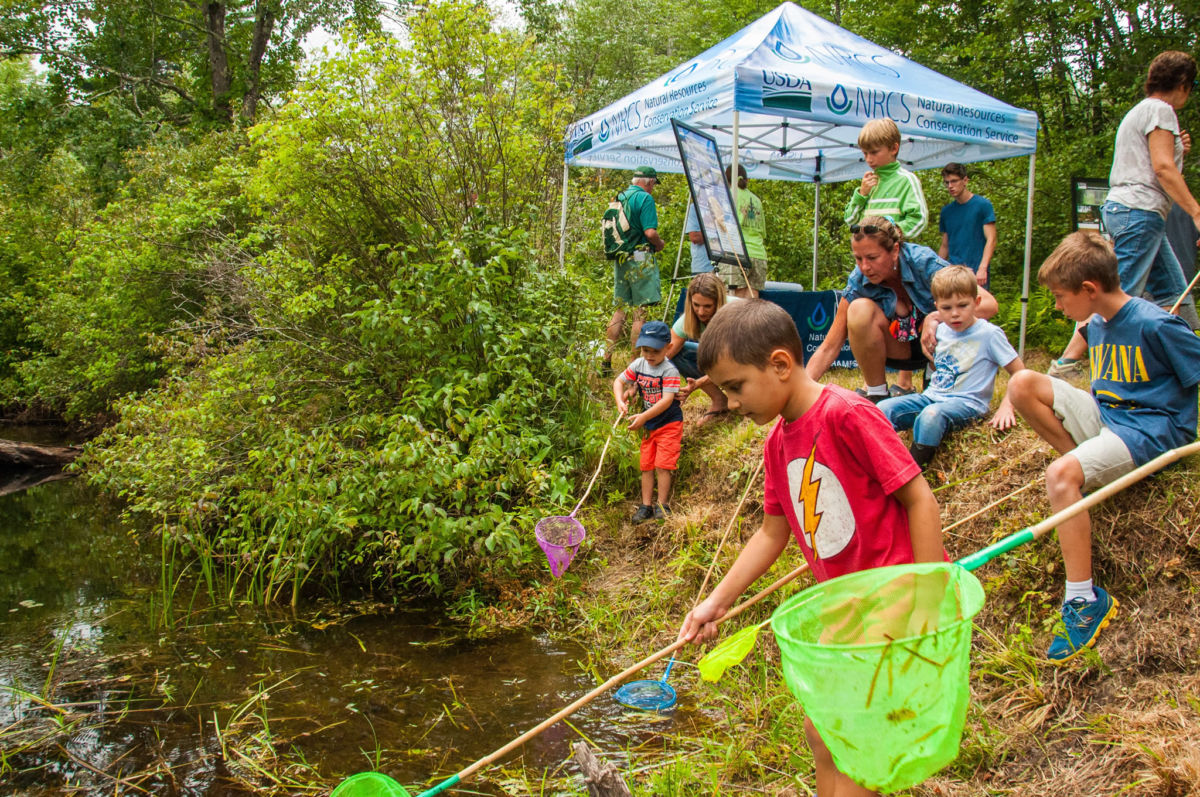 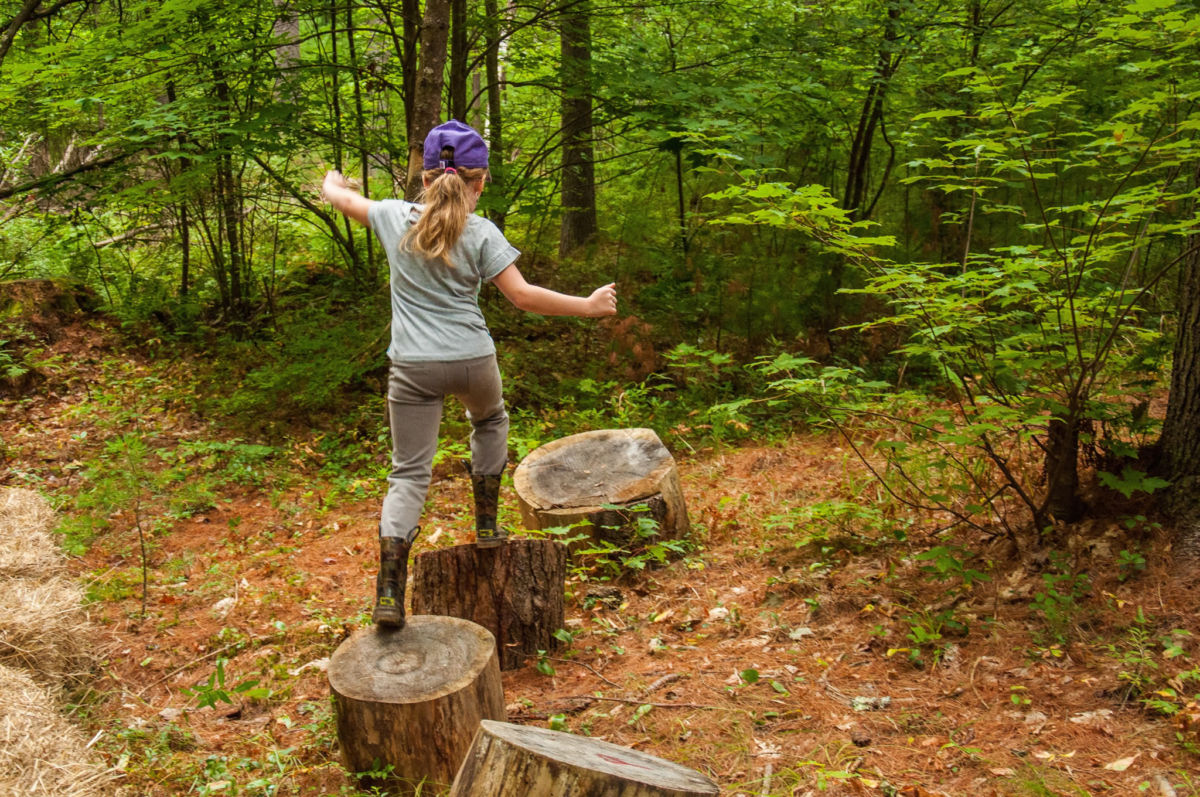 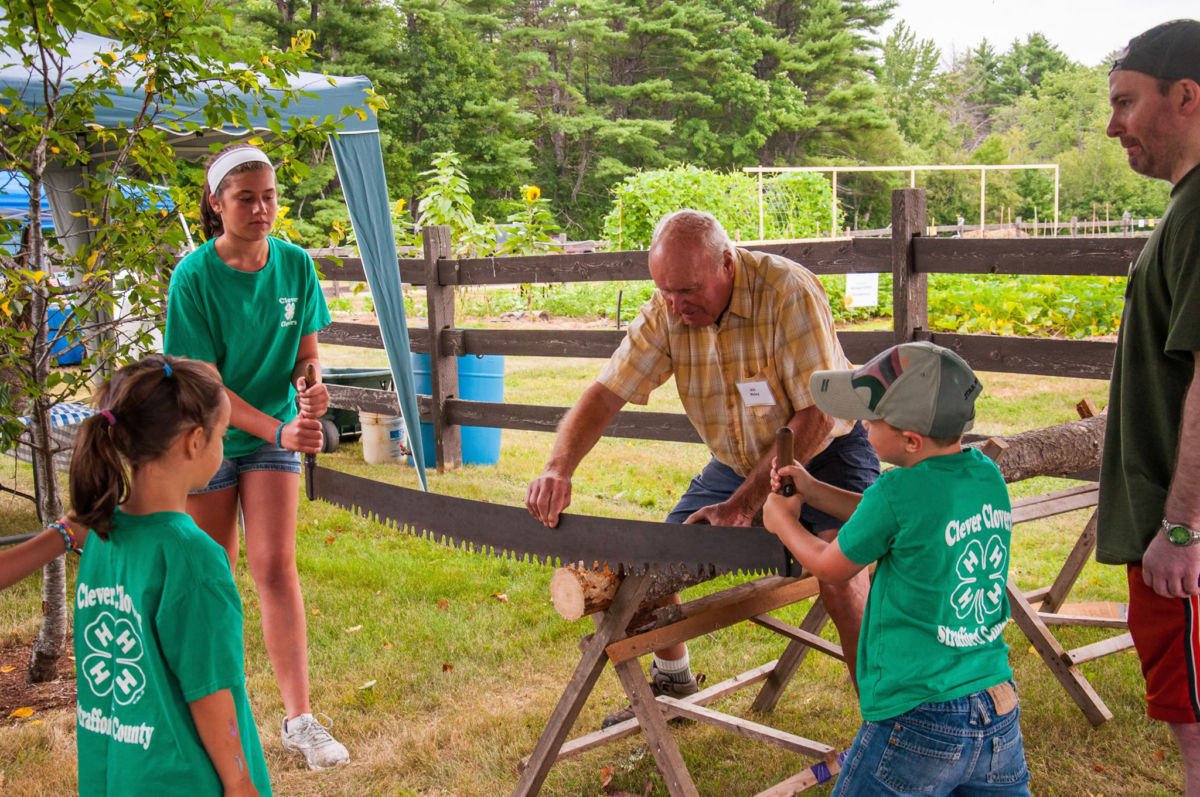